Half blues band, half brass band they have the capacity to perform in a street parade as well as on stage

They host their own monthly jam session at Matt and Phred’s in Manchester inviting musicians to join them in playing authentic material from the crescent city. They also regularly perform at the club as well as at venues and festivals across the UK.  The individual members collectively have experience of playing all over the world and are all full time professional musicians.

They have a new recording available to listen to (above right) and a video offering a glimpse of how it was made, filmed at Limefield studios. You can also visit the Soundcloud page

Visit The Nightcreatures on Soundcloud 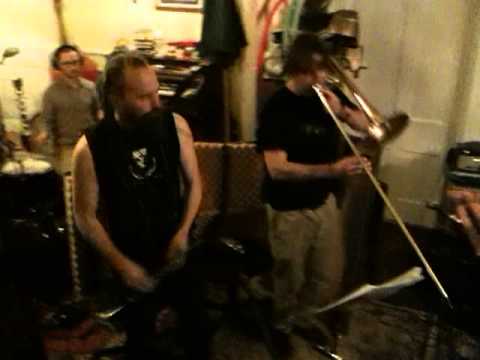 Gigs will be added soon!

Gigs will be added soon!